Star Wars Revolutionized Special Effects Twice; Can It Do It Again? 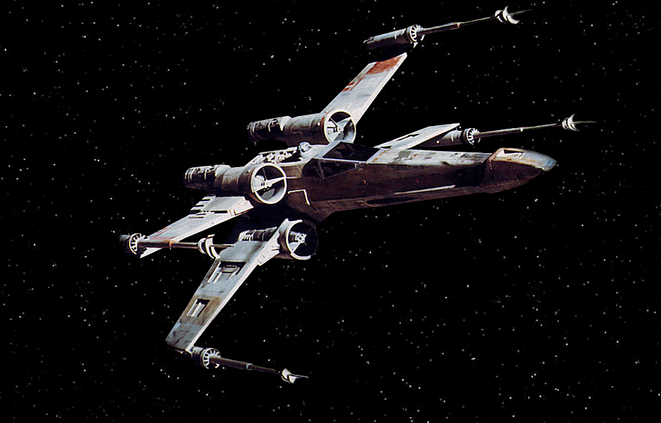 Regardless of your feelings about Jedis, George Lucas, or J.J. Abrams, the announcement of new Star Wars films is a big deal. Since the release of the first film in 1977, Star Wars has been an unavoidable part of American film culture, not only directly for millions of fans, but more indirectly through its influence as the undisputed godfather of all big-budget special-effects spectacles in the modern cinema. The two Star Wars trilogies — original and prequel — each redefined special effects for their respective eras, but produced strikingly different critical legacies.

The first trilogy has been considered a standard-bearer for thirty years, its Star Destroyer explosions and Speeder Bike chases still astonishing to behold three decades later. The innovative computer-controlled motion photography of John Dykstra’s effects team allowed for more precise use of miniatures and models than ever before, and put Lucasfilm’s visual effects company Industrial Light and Magic on the map as a trailblazer in the world of cinematic illusion. Its achievements throughout the 1980s and 1990s in integrating practical and digital effects techniques produced such lasting images as melting Nazi faces, time-traveling Deloreans, and vicious, clever velociraptors.

The balance between the practical and the digital was always only changing in one direction, though, and by the end of the new millennium, Lucasfilm’s SFX division was ready to tip the scales so dramatically that big-budget movies would never be the same again. And what more appropriate opportunity than a brand new set of films in the franchise that started it all?

The two Star Wars trilogies — original and prequel — each redefined special effects for their respective eras, but each have produced strikingly different critical legacies. Star Wars: The Phantom Menace introduced audiences to a more fully realized world of digital effects than had ever been seen before. Building on the triumphs in character rendering in such films as Terminator 2 and The Mummy, ILM set about constructing spaceships, aliens, and robots almost entirely out of computer animation. But the new suite of images they created, though just as technically innovative as their predecessors, failed to connect with audiences and critics in the same way.

Despite the dazzling visual detail of the digital effects, there was a weightlessness to them, an insubtantiality that permeated the discussion around the film. Although this wouldn’t stop The Phantom Menace from earning over $1 billion in worldwide box office and garnering plenty of loyal fans, there was — and is — a sense among critics and discerning viewers that there was simply something missing from the visual fabric of the prequel trilogy’s universe.

Worse, the special effect that was meant to be The Phantom Menace‘s crowning glory instead ended up as the biggest albatross around its neck. Do any three words inspire such instinctive vitriol and loathing in a film fan than “Jar Jar Binks”? Intended as the breakout kid-friendly character along the lines of C-3PO or Wicket the Ewok (and indeed, Binks was popular with very young children) Jar Jar became instead emblematic of the film’s flawed CG heart. Touted as “the first walking, talking, CG film star,” Jar Jar was rejected wholesale by audiences that just a few years later would warm immeasurably to another fully CG film star: the celebrated interpretation of Gollum from Peter Jackson’s Lord of the Rings series.

Touted as “the first walking, talking, CG film star,” Jar Jar was rejected wholesale by audiences
Clearly, Jar Jar’s stomach-churning characterization accounts for a lot of the split, but another reason Gollum hit where Jar Jar missed must have something to do with the physical properties of their screen presence. Think of the cult following that has sprung up around Andy Serkis, the actor who supplies not only the movements but the facial expressions for Gollum through motion capture. The call for Mr. Serkis to be given greater recognition for his work is as vehement as the vitriol heaped on the memory of Mr. Binks.

Jar Jar Binks, of course, was also created partially through performance capture, but actor Ahmed Best was too obscured by layers of digital imagery for audiences to connect with the physical presence underneath the alien. Incorporating Serkis’s face in Lord of the Rings gave the audience — and Gollum — a necessary piece of photographic reality, operating on the same principles that made the original Star Wars such a watershed in special effects.

By the time Episode IV: A New Hope came out in 1977, Kubrick’s Space Odyssey had already exploded the expectation that science fiction films look like cheap cardboard. But where Kubrick’s film was a distant beauty to be admired, Star Wars was immersive, its special effects relentlessly tactile, backed by a scientifically silly but emotionally gripping soundtrack of whirrs, whooshes, zaps, and booms.

With Star Wars, Industrial Light and Magic kicked off an exploration of the union of classic optical effects with digital integration and delivery techniques that brought audiences into more immediate contact with photographically captured illusions. The second trilogy tipped the balance too far into the digital realm, and provoked a kind of revulsion that still hasn’t faded. The digital revolution of special effects has not yet figured out how to completely replace the “real unreality” of actual photography.

So what does this history portend for the new cavalcade of Star Wars films? Surely, new Star Wars material will do what it always does: make tremendous amounts of money, But where will the 2015 iteration fit in the aesthetic legacy of a cinematic icon? Star Wars revolutionized cinematic effects to near-universal acclaim, and The Phantom Menace revolutionized them again to a far more ambiguous public reaction.

It’s hard to imagine Episode VII bringing about a third revolution. Digital effects are so ubiquitous, with ILM and its competitors constantly innovating in tiny increments, that gauntlet-throwing, eye-popping newness is unlikely. Another strategy might be to incorporate more practical effects, to reduce the percentage of digital in the mix, to try and recapture some of the old magic — but this too seems wrong. Star Wars has always been on the cutting edge of visual effects, and retreating into tried-and-true methods feels like a betrayal of one of the defining characteristics of the series, one of its very reasons for being.

As it stands, Episode VII seems destined to be a vestigial appendage, existing primarily to further the franchise. Detached from the idiosyncratic (and often stultifying) obsessions of George Lucas, and adrift in a CG world of effects that they invented but no longer dominate, the new Star Wars films may be diverting, clever, or even thrilling, but it’s hard to believe they will be historic. Instead, they seem more likely to mark the moment when Star Wars became just another summer movie.