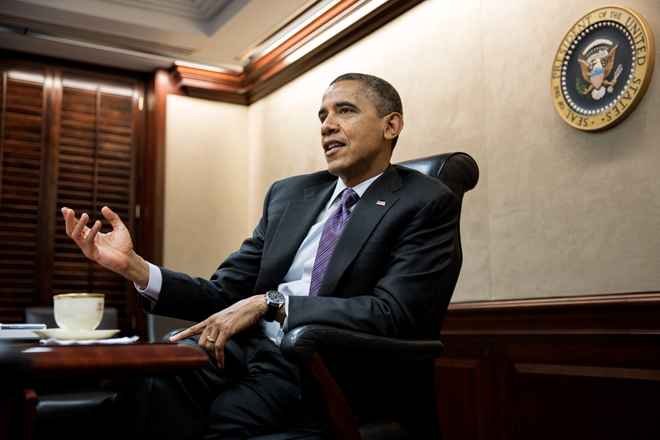 What do you call a country where an unelected bureaucrat has the ability to order the execution of its citizens? Answer: President Barack Obama’s America.

That rationale is explained in a 16-page Justice Department “white paper” (.pdf) NBC obtained and published late Monday summarizing the Obama administration’s legal justification of extrajudicial killings of Americans outside the United States. In short, the administration claims it “is a lawful act of national defense” to kill Americans who pose “an imminent threat of a violent attack against the United States,” according to the undated memo, which could not be independently verified. An “informed, high-level official” is responsible for ordering kills — usually by drones — and that no judicial oversight of the decision is ever allowed.

But some military scholars suggested the Obama administration’s analysis was legally flawed and is not congressionally authorized, as the administration maintains. And civil rights groups likened the memo to those written under the George W. Bush administration that provided the legal justification for torture — despite the Bush administration never asserting a legal basis for extrajudicial killings of Americans suspected of being terrorists.

The use of drones to shoot missiles from afar at vehicles and buildings that the nation’s intelligence agencies believe are being used by suspected terrorists began under the Bush administration and was widened by the Obama administration to allow the targeting of American citizens. Drone strikes by the Pentagon and the CIA have sparked backlashes from foreign governments and populations, as the strikes often kill civilians, including women and children.

Eugene R. Fidell, president emeritus of the National Institute of Military Justice and a Yale Law School military legal scholar, disputes that the AUMF is a proper legal basis for extrajudicial killings globally of U.S. citizens.

“It is not a general declaration of war on every Islamic extremist in the world,” Fidell said of the AUMF. “There are limits.”

He added that the Authorization for Use of Military Force was not a “global warrant” to go after every terrorist, and that Congress must change the law to comport with the Obama administration’s legal theory for it to stick.

Here is the pertinent text of the AUMF:

The New York Times and the American Civil Liberties Union are engaged in a continuing legal flap over obtaining the government’s full legal rationale, not just the white paper NBC obtained.

The paper’s basic contention is that the government has the authority to carry out the extrajudicial killing of an American citizen if ‘an informed, high-level official’ deems him to present a ‘continuing’ threat to the country. This sweeping authority is said to exist even if the threat presented isn’t imminent in any ordinary sense of that word, even if the target has never been charged with a crime or informed of the allegations against him, and even if the target is not located anywhere near an actual battlefield. The white paper purports to recognize some limits on the authority it sets out, but the limits are so vague and elastic that they will be easily manipulated.

Meanwhile, survivors of three Americans killed in 2011 by targeted drone attacks in Yemen have sued top-ranking members of the United States government, alleging they illegally killed the three, including a 16-year-old boy, in violation of international human rights law and the U.S. Constitution. The case directly challenges the government’s decision to kill Americans without judicial scrutiny.